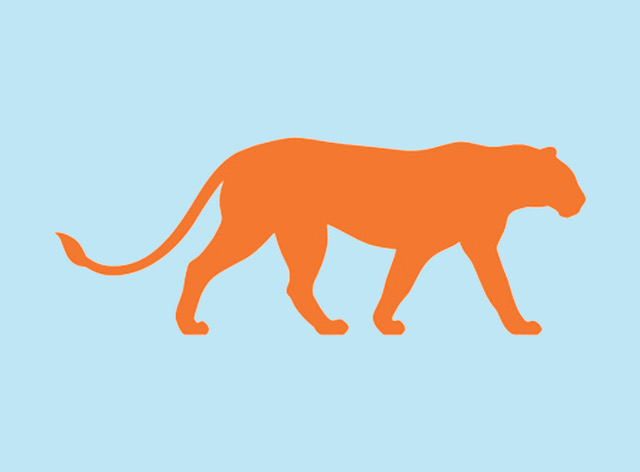 Writing for PM Forum, Grahame Jones describes how professional services’ branding has evolved over the past 20 years.

A firm’s identity – name, colour, fonts, logo and imagery – and its application have both developed. The need to look modern and relevant, or at least not to look old fashioned and out of touch, has driven much of the change.

Names are definitely shorter. The transition to EY is a good example. In 1989, when Ernst & Whinney merged with Arthur Young & Co, it rebranded as Ernst & Young. This was shortened to E&Y –and to EY, in 2013. Rebrands and mergers, one or two words and acronyms are now part of the landscape.

Accenture however is probably the first high profile made-up name, established in 2000, followed by the ill-fated consultancy Monday. More recently, PwC and Booz & Company’s strategy& is a good example of a cutting edge and unique approach to naming. Active, curious and edgy, it provides the link to the firm’s narrative and marketing communications. US showbiz lawyers Bloom Hergott Diemer Rosenthal LaViolette Feldman Schenkman & Goodman go to the other extreme to be memorable. Needs a large business card!

A new breed of challenger brands is pushing the boundaries. How about ThoughtRiver and TagDox? Allen & Overy has been especially adventurous, naming its resourcing and technology sub-brands Peerpoint, Fuse, MarginMatrix, and even aosphere. This approach – with firms using the reputation of the main brand to anchor and endorse new services and brands – is set to continue. Deloitte’s Propel is another example. Challenging times for owners of the corporate brand!

Blue. Blue. Blue. One of the most striking changes in recent years has been the move away from Pantone 5395 (and similar). We don’t yet see many shocking pinks or canary yellows, but as firms modernise, so too does their choice of colours.

Denton Wilde Sapte, now Dentons, spiced things up with fluorescent orange, while Hogan Lovells’ lime green, Linklaters’ magenta, and PwC’s red-orange-yellow combo offer examples of how firms have moved towards owning colour. That said, it’s not easy to pull off.

I remember meeting lawyers from a US law firm in late 1990s, and walking away with a business card. It was as plain as plain can be. Serif. Upper case. Centered. Black type on a cream coloured card. It shouted tradition. But this firm was not alone. Most firms at that time hadn’t swallowed the branding pill, or even heard of it. The industry was littered with clichés such as globes, shields, castles, scales, swirls and more globes – along with descriptors such as ‘Chartered Accountants’, ‘Solicitors’ and ‘Consulting’. Testing the dexterity of designers, some even squeezed in straplines using some derivation of ‘Perspective’.

But few were as bold as lawyers Osborne Clarke, whose orange panther –orange, not pink —became one of the sector’s most unusual icons. Unveiled in 1996, it signalled the firm’s agility in finding solutions for clients, and fending off predators.

Deloitte’s green dot gets a makeover

With firms keen to be seen as modern and cutting edge, they have evolved their approach to branding. Deloitte’s recent refresh of its visual identity – updating its iconic green dot – is one example.

The design aspect of Deloitte’s rebrand is subtle. It’s chosen a new typeface (Open Sans) and altered the blue of its logo to black-and-white, making the signature green dot stand out in a new way.

The result is a cleaner, more modern logo, together with a brand identity that can adjust to more complex platforms and channels. The black-and-green combo is decidedly sleeker. Crisp, fresh, and forward-looking, it’s given the firm’s collateral and office space a new lease of life.

People shaking hands. Good-looking men and women with brilliant white teeth, beaming into the camera. And so on.

In the 1990s, clichés were every-where. Today, we’ve realised that iconography, infographics and film content can be more effective. Unlike off-the-shelf photos, they can be tailored to social and digital platforms to tell a firm’s unique story.  Professional services deal in the complex and the abstract. Intelligent use of infographics and film is a smart way to communicate this kind of content quickly and simply.

Twenty years ago, it was good to be a printer. Brochures, invitations, adverts. Print ruled ok! Today, digital, film and social media rule. As firms evolve from broadcasting to conversation, so do their choices of media. Differentiation is still key to branding, but firms are now seeing the need to develop intellectual conversations.

Content is king – but only if it’s compelling. Early in 2000, White & Case ran a London advertising campaign to raise brand awareness and assist in recruitment. Not what you might expect from a ‘white-shoe firm’, but the campaign did create an impact, making the firm better known and raising its profile internally. That was then.

In 2018, Mishcon de Reya — different firm, different profile, different times —sponsors and hosts a Saturday morning stint on Jazz FM, interviewing business leaders while listeners tap their feet to jazz, soul and blues. It’s grasped how an application can help people understand what the firm offers and why it is relevant. Both creative approaches. Both clever. Both understanding the times.

I’ve seen brand guidelines of all shapes and sizes. I remember, years ago, working for the London office of a huge US firm, whose guidelines made no reference to the font and Pantone colours in its logo!

These days, it’s less about control, and more about flexibility. It’s about providing users with a toolkit to help them interpret brand assets and apply them to different platforms, messages and audiences. And with the drive for efficiency and out-of-the-box digital and social solutions, creativity doesn’t have to suffer.

Firms such as strategy&, Deloitte and Mishcon de Reya have adapted to suit the times. Distinction is just as important now as it was 20 years ago. Imagination, boldness and originality were key. They still are!

Did it work? How effective was it?

In the past, when it came to evaluating the success of campaigns and projects, conversations between partners, marketing departments and agencies would often default to anecdotal evidence. Evaluations might be based on not much more than partner praise, inbound emails and gut feeling.

Not today. With data increasingly available, evidence-based analysis is all the rage. Firms are far more rigorous in selecting media, messages and timings to fit their audiences.

Talking of data, AI is a hot subject. How far can or should it go in the creative process? No doubt in 20 years’ time, AI is likely to influence most conversations, shaping but not replacing creative thinking (hopefully!).

Professional services firms are sophisticated. But they weren’t marketed as such.

In the past, moving between firms, professionals sometimes found it difficult to learn and develop. Nowadays there is (or should be) a fusion of outside talent, from consumer marketing, advertising and branding to digital and social. A new breed of professionals is bringing know-how and outside skills to help professional services evolve and enhance their approach branding in the face of accelerated disruption and competiton.

There is still a long way to go, some firms and sectors have more to do than others, but the days of Fatang, Fatang, Willoughby, Watson are a thing of the past!

In 20 years, who has evolved most? I’d love to know your view. Here’s mine:

This article is a reprint from the PM Magazine, April 2018