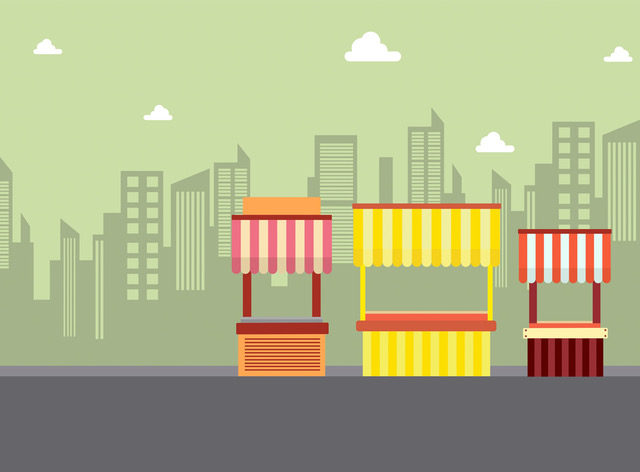 Last week, I attended a law fair held at LSE that was jam-packed with students and firms.

It inspired me to take a sideways look at how firms used this event to attract the partners of tomorrow. Most were debuting their latest graduate recruitment campaigns. In the first part of this blog, I’ll review the ways that firms are branding their exhibition stands. In part two, I’ll take a look at how firms are using brochures to recruit young talent. Graduate recruitment brochures: How different is your difference?

Recently, I walked down a crowded Oxford Street, passing shop after shop, only to stop and stare at a pop-up shop that was canary yellow. It stuck right out, like the proverbial sore thumb. Its high-octane salesman also stuck out – he was flogging (or trying to flog) full-dining sets.

You might think that standing on top of a makeshift greengrocer’s box to flog your law firm seems inappropriate. Perhaps so: but canary yellow to attract students? Not a bad idea.

At LSE, the Oxford Street “canary yellow” equivalent was the Travers Smith stand. Its use of teal, certainly stood out and caught my attention.

In a room filled with unappealing blues and reds, Travers Smith’s bold pop of colour was full-on and brave. So, too, was its simple four-word message positioned high on its stand and articulated in elegant lettering (even though the content of the words – ‘Distinctive People. Distinctive Thinking’ – was something of a let down).

Colourwise, BLM was similar with a lighter shade of turquoise, but with its proposition – ‘Press Play’ the overall effect fell short of that of Travers Smith.

‘Guidelines!’ I hear you shout. “We can only use the colours that our brand cops allow!” But just look again at the Travers Smith stand, then look at its website. There’s no evidence of teal. In fact, it seems burgundy is the primary colour.

Clearly it helps if you have a vivid palette to play around with. The PwC team had it on a plate! But, be creative in how you interpret your palette (and guidelines). Don’t have to stick to the same old colours everywhere. Sometimes, a pop of unexpected colour is just what you need to pull people in.

Of the other stands on display, White & Case’s was striking, with a black background, white lettering, and blue graphic shapes. So too were Mishcon’s orange and grey shapes, featured on a white background. Morgan Lewis’s use of purple had potential, but (sadly) a big world-map and wordy narrative diluted the effect. Cleary Gottlieb’s pastel colours, combined with black, were appealing. Nice and modern.

At the opposite end of the scale, there was no shortage of contenders.

Dechert threw everything but the kitchen sink at its stand. (Graphics. Images. Words. Too much.) Others – Dentons, Withers and Hogan Lovells – were guilty of similar overkill.

Not many stands were uninspiring, sadly Paul Hastings and Covington feel into that category. Great firms, but such dull imagery and words. (A photo of Capitol Hill in Washington DC. Really?)

Some firms fell into the trap of placing their propositions at too low a level, making them tricky to read over people’s heads. Among those guilty were CMS (‘It’s not just what you do, it’s how you do it’).

In contrast, Ashurst’s strong typography (‘Move your mind’) stood out. Sidley’s large logo, positioned up high, was also striking – if a little spoilt by the addition of its Teamwork and Results section. (Cliché?)

The Allen & Overy stand had no striking colour – but otherwise, this had it all. It featured a single, large, wonderfully enigmatic image of the office environment. Along with its logo and promise (‘A career in law’), the approach was confident, sophisticated and simple.

Be flexible in your graduate branding

I began by praising Travers Smith. Even if teal (or canary yellow, for that matter) is not part of your toolkit, remember that you are paying not only to attend an event, but also to stand out in a room full of 30 other firms trying to do the same.

If you can’t get a front-row seat for your stand, then adapt your campaign for maximum effect. Remember, too, that graphics for an exhibition stand work differently from online graphics, just as online design differs from design for advertising.

Your campaign doesn’t have to translate exactly for all channels – you can be flexible.

For crowds, picking a distinctive colour is a good technique. This will attract visually savvy students to stop, and buy!